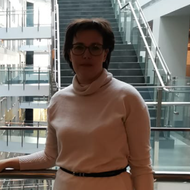 Why you should choose us

Why you should choose us:

Modern chemistry makes it possible to obtain almost countless new compounds, and the endless combinations of building blocks from which they can be ‘assembled’ make this task both interesting and engrossing. Rare earth elements can imbue substances with unique properties (primarily luminescence and magnetism) and their biological activity is also of interest to scientists. As the chemistry of rare earth elements has been an object of study for many decades, the discovery of previously unknown compounds seems an impossible task. But it turns out there’s a lot more to discover!

For example, compounds of rare earth elements and lactic acid, which belongs to the so-called alpha hydroxy acids, were predicted more than 50 years ago, but no one has been able to synthesize them in the form of individual compounds until now.

Scientists from the Kurnakov Institute of General and Inorganic Chemistry of the Russian Academy of Sciences, alongside their colleagues from the Konstantinov Petersburg Nuclear Physics Institute of the Kurchatov Institute, HSE University, the Mendeleev University of Chemical Technology and the Frank Laboratory of Neutron Physics of the Joint Institute for Nuclear Research, synthesized a new crystalline yttrium lactate, as well as amorphous yttrium lactate, which has an extremely unusual structure. 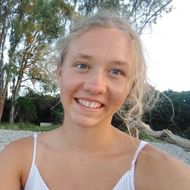 Overall, working in the laboratory is a very difficult but exciting process. You never know what will work and what won’t. A reaction that you’ve fully studied can end up not working well, while a reaction you expected nothing from can suddenly turn out to be very promising. In my work led by Alexey Yapryntsev of the RAS Kurnakov Institute of General and Inorganic Chemistry, I gained a lot of new skills and knowledge—in my opinion, this is one of the most significant results of the work. It is worth mentioning that I plan to develop my academic career. It’s an activity that’s full of excitement and logic, something that is quite rare in the modern world.

‘Many rare earth compounds exhibit biological activity, and they can be used to diagnose and treat various diseases. To understand the mechanism of such activity, you need to know how the ions of rare earth elements interact with the organic substances involved in metabolism. Lactic acid, which is formed in the human body during the breakdown of glucose and marks various disorders caused by hypoxia, is one such important substance. Studies of the chemical interaction of rare earth elements with lactic acid were started many years ago, but, oddly, no one managed to obtain crystalline lactates before us. Even less is known about the salts of rare earth elements with other alpha hydroxy acids. We proposed a synthesis strategy and managed to isolate crystals of the first salt of a rare earth element and lactic acid—yttrium lactate,’ explained Alexey Yapryntsev, research fellow at the Synthesis of Functional Materials and Mineral Processing Laboratory of the Kurnakov Institute of General and Inorganic Chemistry. The results of the work were published in the RSC Advances journal.

‘If we slightly change the proposed synthesis conditions (by reducing the amount of lactic acid), we can get a substance similar in composition that does not form crystals, but a gel consisting of extremely thin (about 30 nm) fibres. Rare earth compounds rarely form gels, and fibrous gels have not been studied at all. If we carefully dry this gel, a durable and flexible material resembling ordinary paper is formed.